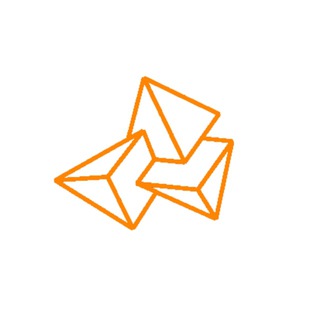 Pyraveum is a layer 1 blockchain project, which uses the DPoS (Delegated Proof Of Stake) consensus method, by prioritizing efficiency and democracy in the existing ecosystem.

How DPoS mechanism work ?
The Delegated Proof of Stake (DPoS) is another common consensus algorithm that evolved as a low-cost, low-energy consuming alternative to the PoW & PoS algorithm. It involves the allocation of responsibility in maintaining the public ledger to a participant node in proportion to the number of virtual currency tokens held by it. However, this comes with the drawback that it incentivizes cryptocoin hoarding instead of spending.
In any centralized system, like a database holding key information about driving licenses in a country, a central administrator has the authority to maintain and update the database. The task of making any updates—like adding/deleting/updating names of people who qualified for certain licenses—is performed by a central authority who remains the sole in-charge of maintaining genuine records.
Public blockchains that operate as decentralized, self-regulating systems work on a global scale without any single authority. They involve contributions from hundreds of thousands of participants who work on verification and authentication of transactions occurring on the blockchain.