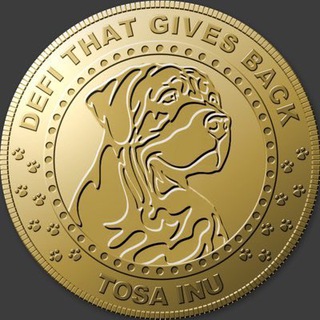 Tosa is the missing inu, it's a fighting japanese dog but came in peace, so don't worry you are safe, we are aiming to make 2022 the Tosa Inu year, grab some and make the trip with us.

We made the contract to be completely safe, no rug possible, the tax are limited to 10% in the contract, liquidity are locked, no mint function and team token vested.

Centralization is now at a crucial crossroads in innovation. Until now, centralization has been the norm and a prerequisite for all business structures. Political, educational, and financial systems have always been created in a way that does not equally and ethically distribute power to those who are functioning within them. Until now, humankind has grown by its function. But now it's time to rethink it.
In an ever-evolving world, cryptocurrencies without originality are struggling. If the rules of the coin are changed against their intentions, they have no choice but to obey. Of course, regardless of the result. The best way we could think of was to work on community building from a fresh perspective. Among our team, we call it the TosaInu project. This wasn't just a name. We started from zero and started from zero. Creating something out of nothing is the spirit of our project.

Tosa dog is an elegant fighting dog that originated in the Shikoku region of Japan. Its majestic appearance has something to fascinate and attract what you see. We respect such Tosa dogs and are equally excited about the future of this coin. The founder, Take, understands the meaning of coins with numerous dog marks as memes and is betting on the potential of this Tosa dog coin. Our team was not founded from an existing community. I had never cooperated before the development of Tosa Inu Coin. They were a new team of developers, designers, moderators, marketers, and Schiller.