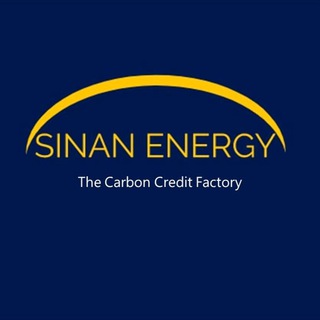 Having two revenue streams means Sinan can deploy new renewable energy technologies sooner than others and accelerate their commercialization and mass deployment.

Sinan’s blockchain platform enables it to tokenize, record and verify carbon credits that are generated from its own plants. This allows it to achieve international certification and hence trade carbon credits on global carbon markets.

This integrated carbon credit value chain from source to market provides a lucrative revenue stream which combined with the sale of energy makes the return on investment in new technologies viable and attractive.

Sinan has signed Power Purchase Agreements to build plants with a total capacity of more than 100MW. Utility-scale plants will be built at Sinan’s Innovation Implementation Zone (SI2) in the Northern Cape, South Africa which has amongst the highest levels of solar radiation in the world. Decentralized grids and standalone plants will be built at client sites with the first two projects scheduled to start construction in Q2 2022.

For these projects Sinan has concluded collaboration agreements with global technology innovators to assess and implement new renewable technologies that are ready for commercialization.

Renewable energy is one of the fastest growing markets with an unprecedented level of investment and global adoption by large energy users. Last year over $286 billion dollars was invested in renewable energy, more than six times higher than the amount invested in 2004.

Similarly, carbon credits markets have experienced huge growth in recent years, driven by the need to reduce harmful atmospheric emissions to prevent accelerating climate change. The majority of top 5000 corporations, who, combined make up over 80% of the world’s GDP, have adopted net-zero targets for 2030. This has led to a boom in carbon credit demand with indexed prices increasing over 700% in the last four years.