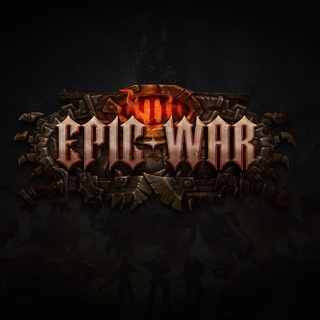 Epic War, an open-world sci-fi FPS battle game, is the first revolutionary free-to-play-to-earn game title on multichain that combines traditional gaming features with a DeFi twist. The storyline unfolds as the consequences of a nuclear holocaust burst out an army of monsters and zombies in new planet Kepler-22B. You start off your journey as a rookie Epiceros (the name for Players in Epic War) to become the savior of humankind battling against those monsters and zombies by exploring the planet and building up your own forces with the help from other Epiceros. Your final goal is to defeat the last enemy at the endgame stage.

To learn more about this project, check out our deep dive of website: https://epicwar.io/

Epic War is a blockchain-powered, open-world survival game that blends elements of RPG, PvE, PvP and PvPvE to create a unique MMO experience. The game uses the Build and Build (“BNB”) platform, allowing players to design, trade, rent and own valuable gaming items such as unique characters, weapons, gears and battle maps.

Epic War is being built by a world-leading team formed to deliver the best gameplay experience. With game studios and blockchain lab located in Vietnam and Japan, the team joins experts in game and blockchain development, marketing, international business development and operations.

The Epic War economy is a decentralized and collaborative universe where the tokens have a story of themselves. $EWAR is a utility token with up to many different use cases: Exchange, Staking, Collateral, Governance, In-Game Purchase and Bet. $EWAR supports the development of the entire Epic War ecosystem. Our revolutionary multi-chain token ($EWAR) provides play-to-earn functionality and allows players to seamlessly switch between dApps while bringing their in-game assets with them.