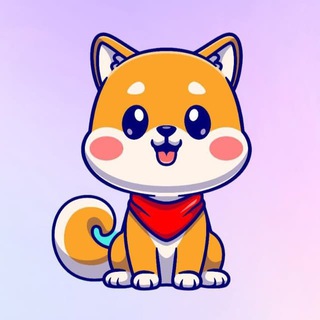 BabyShibaCoin is a new initiative aspiring to conquer a special place in the memecoin niche of the crypto market. The following sections summarize the main features of the project:

BabyShibaCoin is an BSC token with a total supply of 420 million samples. Of the total amount of coins, 40% have already been burned before the official market launch. The project’s tokenomics is declined as follows:

• Burn Wallet (before launch): 40% of the outstanding coins

• Burn Wallet (after launch): 3% of the liquidity

• Private sale: 3% of the existing tokens

• Team: 3% of the liquidity (which is locked on Pinksale).

Each transaction on BabyShibaCoin comes with a 5% tax, which goes to Marketing, Development, Team, and buyback funds.

The goal of the project

According to the project team, BabyShibaCoin wants to target Shiba Inu (SHIB) fans and investors, aiming to reach 10% of SHIB market capitalization. Considering that, at the time of writing, SHIB market cap was above $15 billion, the goal is certainly an ambitious one.

The team also made clear that reaching this target would imply a 5000x growth compared to the initial listing value.

To achieve such a target, the project team claims to have a massive marketing wallet, ready to be used in order to spread the rumor about this new initiative.

InterFI has run a smart contract audit on the project; this is a typical check that involves most projects in the crypto world. The audit aims to verify that smart contracts do not have any technical bugs that may influence the stability of the project. InterFI completed the test and promoted BabyShibaCoin on this aspect.

Another routine check in the blockchain world is the KYC process, which basically aims to introduce an identity verification layer in the process on the developers. While some crypto projects purposely choose to keep the anonymity of their core team, this is not the case for BabyShibaCoin.

Disclosing the team identity to Pinksale is a choice that generally provides the market with a further guarantee of a project’s seriousness in the blockchain world. If any of the KYCed project’s team scams the community (e.g., following a rug pull method), their name will be publicly revealed to the public by Pinksale.

Once the identity of the developers is known, any investor can file criminal charges against them.

Final thoughts on the initiative

BabyShibaCoin  wishes to have success by learning all the lessons from DOGE, SHIB, and other memecoins. Beyond the joking atmosphere surrounding the meme culture, the project presents itself as an audited and KYCed initiative.

The team’s ambitions are remarkably high, and it will be interesting to monitor the project’s evolution over time. While we wait for news on the matter, anyone can join the online BabyShibaCoin community.