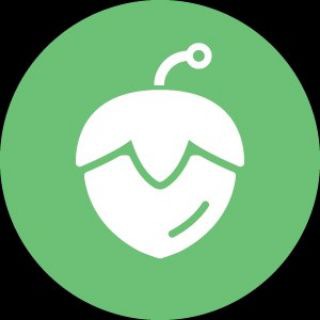 Hazel Token is the main currency used for the dapps within Hazel Ecosystem. It also acts as the governance token for the Hazel community and automatically sends a small commission from each transaction to a charity cause voted by the holders (currently nominated charity is https://trees.org).

HZL is the native utility token that is used for:

* Minting the Friends of the Forest NFT collection.

Hazel is a new token, designed to store and trade wealth but at the same time, to give real power to the members of this community. Hazel was created to adapt automatically to the will of the community, without the developers' intervention.

Hazel Token provides a hybrid voting mechanism developed for both On and Off-chain Governance. On-chain Governance means that any holder will be able to propose a change to the token itself that will automatically be applied if the majority of holders vote in favor of the change (e.g., modify the wallet and transaction limits, mint or burn new tokens, alter the voting mechanism, propose charity events, etc.). The on-chain changes are meant to allow the community to establish rules and to enforce them, emulating how communities establish social norms and adhere to them since modern society formed.

The Off-chain Governance model is designed to facilitate communication between community members and the development team, allowing holders to express their vision and commonly agree upon the direction in which Hazel Project is heading.

Hazel Token is launched on the Binance Smart Chain as a Minimum Viable Product (MVP) for this paradigm. It features an independent voting mechanism, an on-demand customizable charity event system and powerful tokenomics designed to protect the token in its infancy and progressively transfer all the power to the holders, essentially becoming community-governed.

Hazel is considered first and foremost an eco-friendly project. Every single Hazel transaction features a small fee that will be donated towards reforestation. The aim is to reduce the negative environmental impact of crypto and educate people on sustainability practices.

Using the Voting System, the holders are able to propose and vote on the creation and management of charity events.

Featuring a proprietary bridge between the BSC and Polygon Networks, Hazel Token is the only means to mint NFTs from Hazel’s Friends of the Forest collection. The collection is available on the Polygon Network. The Hazel Project also offers infrastructure and consulting services for artists who want to create NFT projects but lack the technical expertise. The advantages of using the Hazel Storefront include: easy, streamlined process, ability to execute all necessary transactions for a collection using only Hazel Token, lack of need to build a website to show off a new NFT collection, the possibility to avoid pre-minting fees by allowing customers to mint directly from the Hazel Storefront.

Under Development - the Hazel Ecosystem

According to the website, following the launch of Hazel Token the team will release a GUI Administration Portal which will make the user interaction with the contract a streamlined and wizard-like experience. Every Hazel holder will be able to use the Portal without any extensive crypto, programming or computer knowledge.

The Hazel Chain will be the core of the next generation of eco-friendly crypto applications. It will host the new Hazel Coin and a series of Hazel apps, first of which will be Hazel Bridge. Hazel Bridge will allow the 1:1 exchange of Hazel Token into Hazel Coin for every Hazel Token holder.

Hazel IPVault - Blockchain is maybe the most permanent form of storage, making it perfect for Intellectual Property.

The Tokenization Platform (Hazel Exchange) will allow businesses to offer for sale tokenized shares in their respective enterprises, hold shareholders votes and more. Tokenization offers never-seen-before advantages for entrepreneurs looking for investments and for investors looking to spot the next great idea or the next popular YouTube Channel.

## How Many HZL Tokens Are There in Circulation?

There is a maximum supply of 900 million HZL, but at the time of writing, there was a circulating supply of about 741 million.

At genesis, 600 million HZL were provided as liquidity, with the rest of 300 million HZL remaining in the creator’s address to be burned with every transaction that is made. This was done to solve two main problems:

1. Protects Hazel from a troll attack. If there wouldn’t be any tokens in the deployer wallet, an ill intended person could buy a few tokens at almost no cost, and propose a ballot that will destroy Hazel right from the beginning (disable the voting system and create a spin-off coin with the same code base). The voting weights are explained below and even those can be changed by the community.

2. Hazel allows its community to do charity by minting coins and through transaction commissions. If there was no burn there would be no room for minting new coins.

0% of the total supply went to the project’s founders for keeping. All founders bought the token on the DEx same as any other investor.

### Who Are the Founders of Hazel Token?

The Hazel Token, as well as the Hazel Project is the work of co-founders Mike, Ajisai and Alex. Mike found his passion for software in high school. He spearheaded multiple startups, accumulating invaluable hands-on experience. Him and Alex met at a coding competition in 2012 and have worked together on multiple projects ever since.

From a young age, Alex wanted to invent "the next great thing". He started building websites in his freshman year of high school and started his own software company in his senior year.

Ajisai is the newcomer of the three. She is a financial algorithms expert and exactly what Mike and Alex needed to start the Hazel Project.

Hazel Project started just as Hazel Token but, as development was underway, new ideas started taking shape and a whole crypto ecosystem project began making a lot more sense. The Hazel Project, at the time of writing, had 11 developers and contributors, with the project actively seeking to expand its staff.

### What Platform Does HZL Use?

HZL is deployed to the Binance Smart Chain Network. Given Hazel Token’s environmentally-conscious approach and the fact that Binance Smart Chain is a platform that produces less than 1% of ecological footprint compared to some other mainstream blockchains, the choice was a no-brainer for the developers.

## How Is the Hazel Token Network Secured?

According to the Hazel Docs, the official documentation library of the Hazel Project, available on their website, Hazel Token’s smart contract extends the BEP-20 token standard which can be described as the most common blueprint for Binance Smart Chain hosted tokens.

Binance Smart Chain relies on a system of 21 validators with Proof of Stake Authority (PoSA) consensus that can support short block time and lower fees. The most bonded validator candidates of staking will become validators and produce blocks. The double-sign detection and other slashing logic guarantee security, stability, and chain finality.