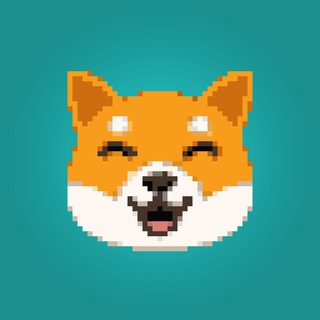 $PIXIE is the token associated with Pixie Inu and his version of the metaverse.

$PIXIE will be an ERC-20 token launched on the Ethereum network, with future plans to extend onto the Binance Smart Chain (BSC) as a BEP-20 token. Both of these tokens will be used as the general currency when interacting within the Pixie metaverse, which will include a staking platform, an NFT collection, Internal NFT marketplace, the Pixie Game, and the $PIXIE Arcade.

The first of these features to be released in the $PIXIE ecosystem will be the $PIXIE staking platform. In order to prevent a mint function and/or a large reserve of $PIXIE withheld from circulation, staking rewards for $PIXIE will be generated in the form of $TREAT. This will be a separate currency launched on both networks that will be able to be exchanged for $PIXIE and its NFTs through the Pixie NFT marketplace. $TREAT will also have future applications within the metaverse which will be announced at a later date. As it stands currently, staking $PIXIE will be the only way to generate $TREAT tokens.

Pixie will follow the staking platform with the $PIXIE NFT collection. This NFT collection will have the necessary code and assets prepared for integration into the Pixie NFT Game in the near future. The NFT collection will be composed of randomly generated versions of the Pixie game characters, which will be able to be used within the Pixie metaverse. In order to properly integrate and encourage the trading of these NFT collectibles, the Pixie team will also be releasing an internal NFT marketplace to improve our holder’s experience and prepare for the upcoming arcade. The $PIXIE NFTs will also be able to be bought and sold on this internal Pixie NFT marketplace for $PIXIE and $TREAT.

After the appropriate infrastructure and functionality of the NFT system is setup through the collection and marketplace, the first iteration of the Pixie Game will be released. The first generation of the Pixie Game will be reminiscent of early arcade games with the NFT collection having a direct impact on gameplay, and will feature some integration of a Play to Earn structure. This Play to Earn functionality will be structured in a way to reward $PIXIE holders and the $PIXIE NFT collectors alike. Further details on the game concept and integration of the NFT collection will be released as the Pixie metaverse progresses.

Finally, as the Pixie internal metaverse matures, the $PIXIE Arcade will be brought to life. The current plan for Pixie’s Arcade is to start with the integration of other Inu tokens and their NFT counterparts. During this time, the Pixie team will be attempting to form direct partnerships with other Inu tokens willing to integrate into the arcade. However, the Pixie team aims to allow all Inu tokens to participate in the $PIXIE Arcade no matter the state of partnership negotiations. The primary focus of this stage will be on the development of both single and multi-player arcade games where token holders may work with or against each other in completing goals and earning in the arcade.