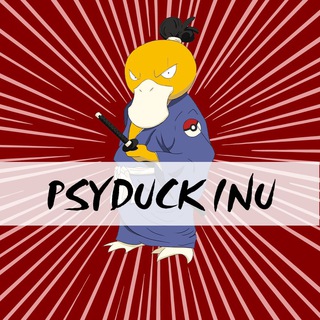 Psyduck Inu is going to blow away everything else in the Anime space. Contract by Trynos and audit by CertiK. Massive active dev team. Big twitter influencers already on board. Strong Chinese community investors behind.

Psyduck live in the UniSwap Region. This Pokemon was owned by a rich guy named Vitalik. However, Psyduck Inu didn’t like having a pampered life-style and kept running away.. If you’re struggling to catch this Psyduck, basically, the highest chance you have of catching this cute Pokémon is to throw some ETH into Uniswap.. and wait to our launch day to catch it. Now Psyduck has been brought to the Ethereum blockchain as Psyduck Inu. With the efforts of the team and our community, we will become the most significant and longest-running pokemon token in the whole Anime crypto space.