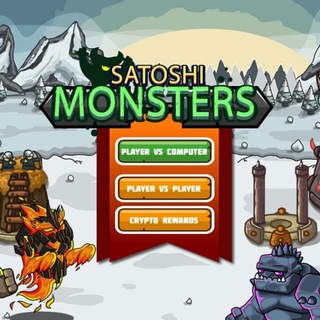 What is Satoshi Monsters ?

We grew up playing Defense games, with that in mind we wanted to create something with incredible gameplay and add the powerful Blockchain technology. Satashi Monsters(SSM) was born that way, It all starts in the world of NewHera, a fantastic world with species that lived in harmony. As time went by, magical creatures began to appear and upset the planet's balance, forcing more and more residents to live in villages or closed kingdoms. Your job is to prevent the arrival of enemy hordes at different points on the map, for that you have more than 100 types of towers and different abilities. Satoshi Monsters comes with a diferent idea from ​​LANDS, we will allow land owners to create their own maps and add them to the game, with that any reward generated by any user who is playing a map that has an owner, part of this reward is added to the owner of these lands. Token The selling fee is equivalent to 6% and 3% for purchase, these tokens are added to the site's liquidity for special events such as raids, championships and special mode against bosses only. We are expanding our social networks, we thank everyone who is already contributing suggestions to the game, let's build a strong and united community!